Paragliding – Its Evolution in India

Paragliding – Its Evolution in India 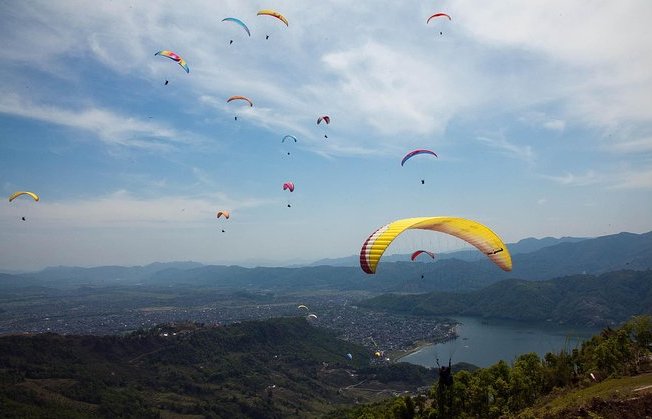 Paragliding is an aero sport of flying parachutes in air. Parachutes specially designed in such a way to increase the aero gliding capacity with manual control. The canopy of Parachute work as wings with a small compartments in it. These compartments are filled with air from big opening in front and the small opening in backward to allow its movement in the air.

Harness seat is attached with parachute through thin lines or ropes lash on to throughout glider to distribute weight and direct to controlled flight in the air. Pilot controls the glider with these lines to increase or decrease speed and direction. Parachute launch from the hill and landing in an open ground area.

Shape and Design of Parachute.

Later advancement of the glider by many designers to enhance its weight caring capacity, speed, and control. There are so many advanced gliders developed which can be fly in low wind.

Introduction of Paragliding in India.

Regarding the growth of paragliding in India started in early 1980, when French adventurists recognized Bir Billing as the best favorable conditions in the world and started Hang Glider here. This makes Bir Billing gliding destination of India and foreign pilots start visiting Bir to glide. India hosted Paragliding world cup in 2015.

Now Arvind Paul is a well-known name in the Paragliding pilots of India. Arvind Paul won many medals in India and abroad. He is regular participants of competitions’ and has a world ranking. Arvind Paul is the chief flying Instructor of the “Travel Bir Billing Team”. He takes care of all tandem paragliding for commercial flight and training of pilots to safe flights to guests. Travel Bir Billing Team also teaches us to learn gliding, paragliding skills and fly in the air. There are courses from time to time under the instruction of Arvind Paul.

Bir Billing is the best destination of Paragliding in India as a popular adventure sport. Travel Bir Billing offer flights of 10 minutes to 5 hrs as air time depend on the season of air. 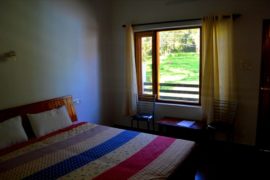 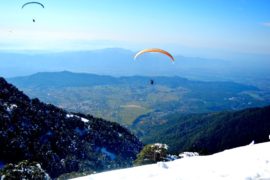